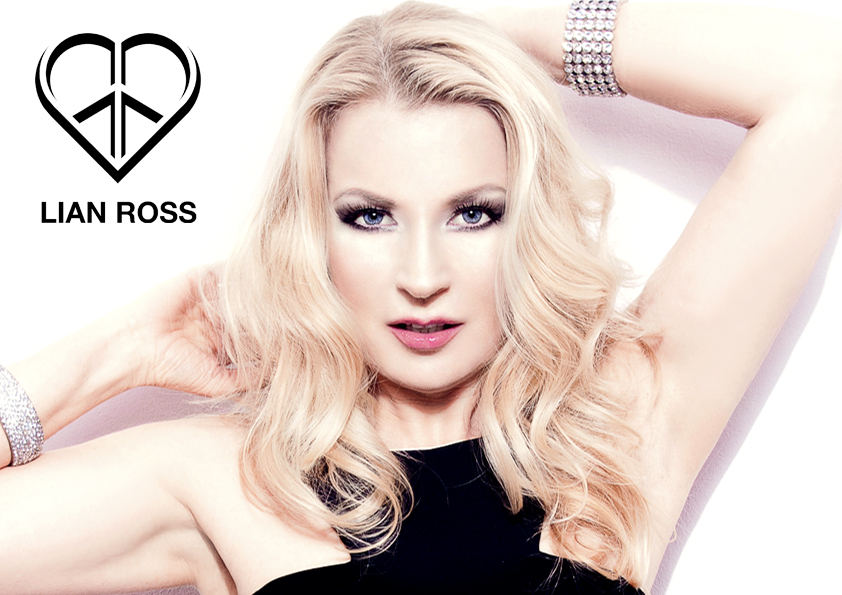 Lian Ross is a european Hi-NRG/Eurodisco singer and songwriter best known for her famous hits such as “Fantasy”, “Say You’ll Never”,  “Scratch My Name”, “It’s Up To You” among others which has guaranteed her a worldwide success and recognition until today.

During the 80’s and 90’s she was the voice of the worldwide famous dance projects like: 2 Eivissa, Creative Connection, Fun Factory, Tears & Joy and Teeko X just to mention some of them.

A compilation of her hit singles and favourite tracks “The Best Of And More” was released in 2015.

She had very successful cover versions:

“Killing Me Softly”– DJ Music Award winner for the ”Best Dance Track” in 1996,

Her 2013 album ”I Got The Beat” comprised a variety of musical styles including Tribal House with the song ”Around The World”, Electropop with the song ”Shake Your Booty” and a new version of Lians ”Say You’ll Never”. Her vision was to produce an ultimate dance album in the spirit of House & Ibiza which was clearly successful.

A double CD compilation “Greatest Hits & Remixes” including her 7’’ & 12‘’ singles was released by ZYX Records on July 1st 2016 with a very great response from her fans.

Currently she is touring around the world with her unique voice, incredible stage presence and her very positive charisma which makes her live shows completely unforgettable.

3 years after the great success of the album”I Got The Beat” Lian Ross finally releases her long-awaited double CD Album called “And The Beat Goes On”. As we know her for being a extremely versatile singer, this long player contains a wide range of musical genres. She takes you on a journey from classical 80s flavour like “Game Of Love”, “All We Need Is Love” and “Dr. Mabuse” to modern pop sounds like “All About You”, “Make A Party” and new interpretation of “You’re My Heart You’re My Soul”. Special highlights are the sensual  “Everything Is Possible” and “Through The Eyes Of Love” including great remixes and extended versions for the fans all over the world.

In 2019, Lian Ross is working on her new album! Her first single “Young Forever” takes everyone back to the nostalgic 80’s era.